What does Behavioral Economics have to do with Youth Sports?

If you’re a market researcher or marketer, you’ve probably heard about “behavioral economics.” It has been quite a buzzword lately. Until its development, economists had modeled consumer behavior based on utility theory, which assumes people always make rational decisions by assessing the outcome that will produce the highest benefit, or utility. To the consternation and critical backlash of the economic academic community, in the 70s, psychologists Daniel Kahneman and Amos Tversky, along with economist Richard Thaler, started challenging traditional utility theory by proving that emotional and psychological feelings can have a profound impact on how we make decisions. In fact, they demonstrated that when it comes to decision-making, people can be completely irrational but in repeatable and predictable ways.

In this blog, I’m going to use my experience of youth sports to help you understand some of the core behavioral economics principles. 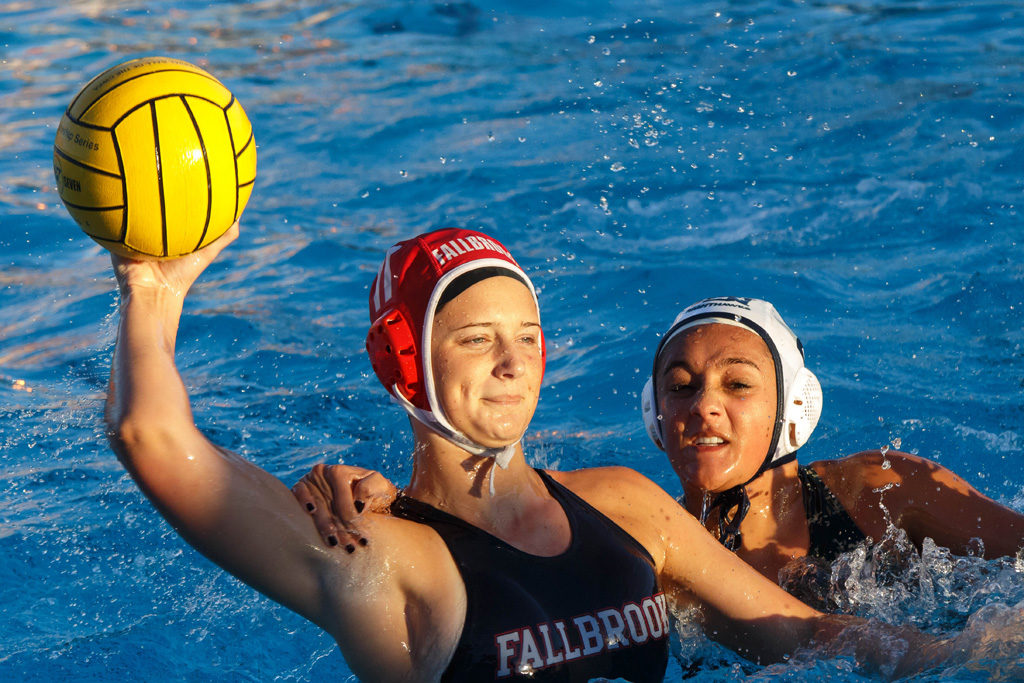 Both my daughters play water polo, and my youngest daughter, age 12, was on the top team in the country for her age group this past year. In fact, they went undefeated for the entire 2016-17 season. One of the strengths of her team is their depth. Unlike most of the other top teams whose talent diminished quickly past the starting six, my daughter’s team ran 13 strong players deep, most of which would start on just about any other team. Water polo is a physically demanding, grueling sport, as the players have to continually sprint back and forth across the pool and tread water, and there’s a lot of grabbing, pushing and pulling under the water. So having a strong a bench can be a real advantage. (I played water polo in college and have coached youth water polo, so I know a little about the sport.)

Despite having such an advantage, I noticed as the season went on, the coach hardly used the bench in the bigger, closer games. In fact, there were some games where the coach didn’t substitute in a single girl. Sometimes the starters were so tired by the third quarter that many of them barely swam past half court when setting up the offense. Imagine watching a basketball game and seeing two or three of the players stop at half court when transitioning to offense!

My daughter’s team would end up winning those close games, and everyone would get medals as the tournament victories piled up. But behind the scenes, there were tears shed and many upset kids and parents. This represents one of those head-scratcher moments in youth sports – not only would some regular subbing have given more girls a chance to play, leveraging our strong bench would have overwhelmed these other teams that did not nearly have the depth we had, and turn close games into easy victories.

For those of you that have children in youth sports, I’m sure you’ve seen this happen far too often. We’ve all heard the arguments and complaints that youth coaches put too much emphasis on winning, and I completely agree. But, I want to make a different point. If we look at these scenarios through the lens of behavioral economics, we can see that oftentimes their decisions are completely irrational. The irony of the situation is that the team would likely perform much better by using their strong bench and keeping players fresh. The NBA (professional basketball) has this figured out to a tee. In fact, NBA starters often start resting at the end of the first quarter. In ice hockey, they use three totally separate lines (player groups) that come in every 60 seconds.

So how is it that youth coaches could be so afraid to make substitutions? In the case of my daughter’s team, some of the girls on the bench were even starters at earlier points in the season but got beat out during the long 11-month season by other girls. By the year-end national championship tournament, many of them hardly played in any of the meaningful games. How is it that these girls were relied upon all season long as starters but once they got beat out, could not be trusted to come in for even a minute of play? It’s not like they just lost all their skills overnight, and those that beat them out really weren’t much better.

There’s no rational answer, says behavioral economics. And this exact same effect can be seen among consumers in how they treat their favorite brands. Once a brand becomes a “starter” for a consumer, it becomes a trusted companion that transcends alternatives in their minds. Think Ford vs Chevy, Coke vs Pepsi, or Bud vs Coors. If you tried these products blind-folded, you probably wouldn’t notice much of a difference. But you sure wouldn’t know that by talking to their loyalists. 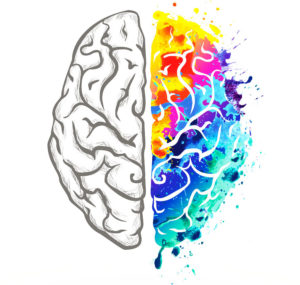 These patterns can be explained by some of the key behavioral economics principles that address cognitive bias. Some excellent books that describe these phenomena include Thinking Fast and Slow by Nobel laureate Daniel Kahneman, and Misbehaving – The Making of Behavioral Economics by Richard Thaler. Using these principles, we can identify three common cognitive biases that can help us understand the youth coach’s irrational behavior: the endowment effect, loss and risk aversion, and regret aversion. These biases can also have a profound impact on consumer decision making as well.

Behavioral economists like Kahneman and Thaler constructed several studies to prove this effect exists. You can see how this bias works if you think about the buying process. Have you ever noticed when you’re trying to buy something from someone else, they seem to think it’s worth more than it is? If it is their house they are selling, they may remember all the great memories they had raising their kids, or that deck they built by hand.   The endowment effect explains why parents believe their kids are smarter, better looking, and better athletes than they are in reality. I think it can also tell us something about coaches in youth sports.

Have you ever noticed how coaches tend to favor their own players over those from other teams, such as when selecting for all-star teams? I’ve seen this effect over and over again. Consumers do the same thing with their “starter” brands. For coaches, the endowment effect also carries over to the treatment of the starting players over the bench players. In the same way a parent has a bias for his or her own child, the starters are in essence the coach’s players. Through the endowment effect, coaches place greater value on these players than they should.

Loss aversion is a key principle of Kahneman’s Prospect Theory. It explains why losses tend to hurt more than equivalent gains. For example, for most people it hurts much more to lose $50 than the benefit of gaining $50. The impact of this effect is people tend to be risk-averse when making decisions. Some scientists have theorized that this could have been a result of natural selection. When a mistake could mean death, such as when hunting large prey, our species has evolved an aversion to risk taking. In the case of the youth sports coach, s/he sees substituting a bench player as a risk over keeping the starter in the game. They see some value in giving the starting players time to rest. But the risk of the bench player making a mistake greatly supersedes the potential benefit, even if the benefit is actually greater.

Regret aversion is a bias that explains why people fear making a decision that they’ll regret in hindsight. Regret is a powerful, negative feeling and explains why we tend to be so risk-averse. We’ve all experienced it before – “I should never have sold that stock when I did.” It even carries over to how we order at a restaurant. People tend to be afraid to order something new for fear of having regret that it won’t be as good as they’re usual favorite. It might end up being good, but even if it’s just a little worse, that feeling of regret exaggerates the disappointment. This strong cognitive bias is a key factor for why it can be difficult to get consumers to try new brands or products as well.

Regret and loss aversion are major factors that hold businesses back from taking advantages of opportunities, according to Thaler. Managers are afraid to take a chance for fear of making a mistake and the criticism that may follow. NFL (pro football) coaches are known to be extremely conservative, likely for the same reason. Studies have shown that football coaches are better off going for it on 4th and 1 in many situations, but they tend to almost always punt the ball.

To give an example from youth sports, have you ever noticed how the bench players’ mistakes have an exaggerated negative feel to them, particularly in tight games? I’ve seen this among not only coaches but players and parents, too. There’s this feeling that the starter would never had made that mistake. I’ve even seen some coaches pull players immediately after making a mistake, even the though the starter had made several similar mistakes throughout the game. In this way, we can see how regret aversion is a strong influencer on preventing substitutions. Even if the player being replaced is only a smidgen better, in the coach’s mind, h/she is better and that’s all that matters. If the replacement makes a mistake, regret creeps in and the coach wishes s/he had never made that substitution.

Look, coaches aren’t crazy, they’re just humans with cognitive biases. The good coaches learn to overcome these limitations. But it takes years of experience before they figure it out, and most don’t.

Consumers act the same way when making their brand and product choices. If you can get your brand to become a “starter” in consumers’ minds, then you can get these cognitive biases to actually work in your favor. It’s not easy to do. But understanding these principles can help you rationalize and understand why people make these decisions. And the better we can understand consumer behavior, the better market researchers and marketers we can be.

Maybe you have a good youth sports “head-scratcher moment” story or a good example of how these principles affect your business? I’d love to hear it.

Latest from the Blog